#Bitcoin is the world’s best treasury reserve asset & the emerging dominant monetary network. It is the solution to the store of value problem faced by every individual, corporation, & government on earth. As this news gets out, the world is going to change for the better. https://t.co/ADPBvhpHTk

One month later the discussion picked up again with the following exchange between Musk and Saylor:

As it's public knowledge from TESLA's February filling, the EV manufacturer pumped another 1.5 billion USD into Bitcoin. Assuming the above interactions are truthful, Tesla started buying only after Dec 20.

We also know that a lot of companies, like Square, followed. And that Grayscale and similar ETF-like companies have massive amounts of BTC in storage.

Above data was taken from BitcoinTreasuries.org

Before dwelling on what store of value effectively means, lets take a look into BTC price during this last year, place the above orders and momentum into the book, and try to see if there may be any correlation.

This chart should probably ring a few bells. From Saylors investment in Nov/Dec, to Musk in Dec/Jan, price doubled! And then you get that extra 33% increase following the release of the news.

Why is it a bit offsetting? Because nothing, other than pure speculation, increases in value like this. If you look at NASDAQ:MSTR you'll see that the stock price went from 390$ on the 1st Jan to 1200$ on the 9th of Feb. It's a 1:1 in correlation with BTC's value. What's the intrinsic value of MicroStrategy then? Are we valuing the company for what it produces or for having bitcoins in its wallet?

What is then a Store of Value?

Wikipedia defines it as "something that can be saved, retrieved and exchanged at a later time".

Investopedia as something that "maintains its value, rather than depreciating".

GoldSilver, argues for gold, which isn't surprising, but they are probably on point with what is the de facto for store of value.

A store of value maintains value over time.

Given the right circumstance, any physical asset may be considered a store of value; not just gold. Which holds especially true for printed fiat money that has no innate value except for being legal tender. But legal tender goes a long way.

When countries started decoupling money from gold, Nixon did it in 1971, notes became just a piece of paper. The wording fiat, latin for "let it be done", is used precisely to describe the decree that governs such assets. While the inherent value of a 100 dollar bill is close to nothing, it is currently legal tender in the US and, as such, courts of law recognize it as satisfactory payment for debt.

Where does Bitcoin stand?

# Legal Tender
Some companies say that they are going to accept BTC. But that is entirely discretionary. They can accept it, but they don't have to. That makes BTC, as a standalone currency, very weak. If you want to use it as a form of payment, you will probably have to convert it first. If you are a company like Tesla or MicroStrategy and to support your business you must go into your cash positions (debt collateral, investment, etc) you'll have to sell it. The same hype that hypervaluated bitcoin may work in exactly the same way but precisely in opposite directions if Tesla starts dropping it

# 100% Virtual
We recently drilled down on what exactly is the blockchain. If you read it, you may recall it's a database. An amazing piece of software, but a database nonetheless. Bitcoins exist only on that DB. The term wallet is a nice parallelism with the physical world, but bitcoins don't leave the blockchain. Ever. You merely transfer them between addresses inside that DB. The database can be copied and forked. It has happened multiple times in the past and will happen again in the future. On that scenario, it does really carry the value people want to give it. It has no inherent physical value. If you don't agree with the governance of the BTC database, you can just fork it:

Bitcoin Classic, Bitcoin Cash ABC, Bitcoin Diamond, Bitcoin has been forked more than 100 times and will continue to be so.

# Scarcity
If you remember the big whales table above, Grayscale has ~650k Bitcoins. Bitcoin has a total max supply of 21 million units which means that Grayscale currently owns more than 3.1% of the total theoretical maximum supply of the asset. For something that has one of its strengths in decentralization, Grayscale sure has a say in the matter. It's a pretty straightforward comparison to gold where the FED has 8k tonnes of the total 187k tonnes mined (4.3%). The only difference being that we're comparing the whole of the US population (FED), vs a privatly held company.

Is BTC a Store of Value or not?

I would have to make the case that it probably isn't, not yet, at least. The asset is just too new to be classified as such. When saying something is a Store of Value you must be making the informed bet that said asset will retain value over time. If you carried a gold block from the Roman Empire to today, you would still be able to use it. It's very likely that you'll be able to use gold 50 years from now. That cannot as easily be said about Bitcoin.

Things change fast:
- Altavista was the search engine, until it wasn't.
- Kodak was the de-facto, and disappeared in a couple of years.
- Nokia is but a fragment of its former self.

I have no idea how Bitcoin will behave and evolve over time. Rarely has the first project in an area became the standard - CocaCola being the notable exception - so there's also that.

Nonetheless, I've mined BTC in the past (when such was doable by an individual) and I'm very interested in the area. Technologically, what's happening, is fascinating! But, in all honesty, I see Bitcoin more of a speculative instrument than a store of value. 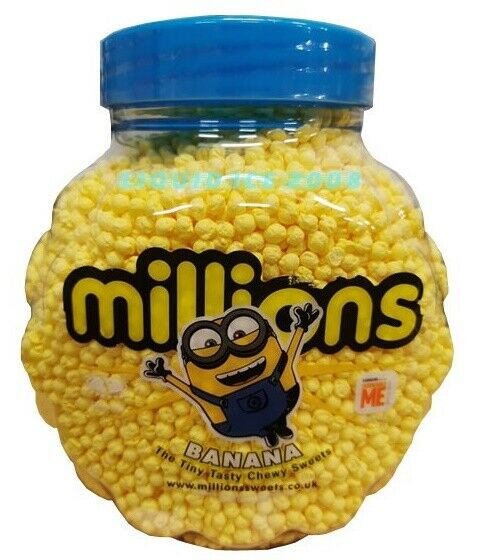 Tesla invested 1.5B in BTC. Amazon had 100B profits in 2020. Chuck Norris has an estimated 70 M net worth. When numbers get very large, they become abstract.

The current trend is to dumb down the mechanics of Bitcoin behind multiple levels of abstraction. Here we explore how it actually works without generalizing too much.