One month into the pandemic, I was following the trend and ordering a new box. Building my own computer has always been a rite of passage. It feels both cathartic and enlightening. Not only is it the perfect time to probe into the advancements on each component, but also to get an extensive look into the machine with which I'll be doing most of my work.

Over the years tough, my requirements have changed. Where I once was an enthusiast for speed, both tweaking frequencies and cooling, I'm now an aficionado for silence. One who doesn't mind trading a few cycles for the complete absence of noise.

I get why you would want to water-cool your machine and hyper-voltage it into space. This post, however, is exactly in the opposite direction. It will focus on maximum performance while keeping things as quiet as quiet can be.

Every component that has mechanical movement may add to the global noise outcome. Even small vibrations, magnified by the enclosure, can become annoying.

I ordered the following parts:

Of these, there were 3 I knew first-hand would eventually produce noise. The cooler, the graphics card and the power supply unit. I didn't know, however, that some AM4 chipsets, like the one in this motherboard, were also fan cooled. That was something I had last seen decades ago and thought forever lost.

My objective is to have a machine that's mostly silent when idle but able to go full power when needed.

Seasonic is known for their world-class Power Supply Units. Their quality is remarkable, this PSU is passively cooled when not under load, so I knew there wouldn't be much of an issue here.

With a behemoth like the Noctua NH-D15 I was expecting CPU cooling, even on a Ryzen, to be mostly passive. My previous box also had one of these and fans would only spin while under prolonged intensive load.

Not much to add here. This GPU has been battle tested. It's a couple of years old and, when not in use, stays silent. Fits expectations.

An excellent motherboard if you don't mind the noise. You can tune the chipset fan to a minimum but, as long as there is heat, it will spin. For a completely silent PC, you should go elsewhere. While expensive, both Gigabyte and the competition now offer passive cooling on AM4 boards which, for a silent PC, makes all the difference.

Results with the out-of-box setup

AMD Ryzen CPUs run hot, that's expected. What I wasn't aware was that temperatures jump so much that setting up a fan profile is actually troublesome. If I configured the fans to use a sensible stepladder, they would constantly start and stop given that the processor would go from 40ºC to 65ºC and then back again in a matter of seconds.

Between the case sound dumping and Noctua quality, it isn't something that I could not live with, but if paying attention I can tell they're spinning and, during the night, I can definitely hear them.

If, on the other hand, I just let the CPU reach the high 60ºC before spinning the fans, the whole enclosure heats up and, eventually, the chipset fan also starts spinning. That small 20 mm fan, running in the thousands of RPM's per second, sounds like a buzzard!

After installing official Ryzen Drivers and using AMD Ryzen Power Plan, the first thing I noticed was that Ryzen would not step down. If you open "Resource Monitor" you can clearly see that "Maximum Frequency" gravitates around 100%.

This was my first experience with the Ryzen line, but I thought that if I could make the processor step down, it might stabilize the processor temperature. Mind you, there's absolutely nothing wrong with the wild swings, but I wanted the fans still.

Custom power settings to the save!

After installing Ryzen Drivers you'll notice that you now have two extra power plans on Control Panel\All Control Panel Items\Power Options. What we'll do next is grab most of the settings from the "High Performance" one and tweak it to desired results.

We will now grab values from the "High Performance" plan and copy them to a new plan which we'll call "Ryzen Custom". Notice that on the following commands, SCHEMA_ID must match the ID from "Ryzen High Performance"

And that's it! You can easily revert to your previous plan as this is just a Windows setting. Nothing has actually changed in your processor. But what a difference!  The processor now steps down, and temperature spikes are gone.

Credit where credit is due; these options were first shared by u/masterleros on Reddit.

When doing any significant calculation you CPU will work at top speed, that's both expected and attested by benchmarks. Where you could eventually notice a difference is on mundane work like opening a new tab. Honestly, I don't.

The above settings completely stabilized fans and temperature. Nonetheless, the motherboard would still spin the chipset fan more often than desired.

AMD has an Eco-mode that cuts down power consumption. It's only logical that under full-load the machine runs cooler. Would it also be fresher on idle? Took me a while to find the settings on my Gigabyte X570 Aorus Pro BIOS so, here they are. It's an AMD property, so your BIOS should also have this option:

Do notice that the performance per watt you get from a Ryzen is pretty astonishing. The Ryzen 5 3600 is a 2019 CPU. Not only does it stand strong against 2021 Intel processors, it gives them a proper fight watt for performance!

But let's see some numbers running on ECO-Mode:

We do get a slight performance hit. Does it matter for my use case? No, not really. What about those fans?

If you want an absolute silent PC the AMD Ryzen line is completely doable. Just beware and buy a motherboard that doesn't have a fan-cooled chipset. That will save you a lot of trouble. 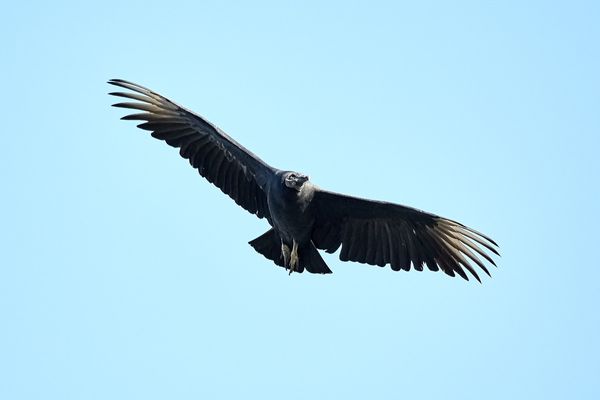 HTCondor is an incredible job scheduler. It runs on Mac, Linux and Windows and can harness your CPU idle cycles.

While you would want to set up a proper email relay on a full-fledged server, for a small home machine, nothing beats the simplicity of having Gmail as the relay. Just add the following lines to /etc/postfix/main.cf: relayhost = [smtp.gmail.com]